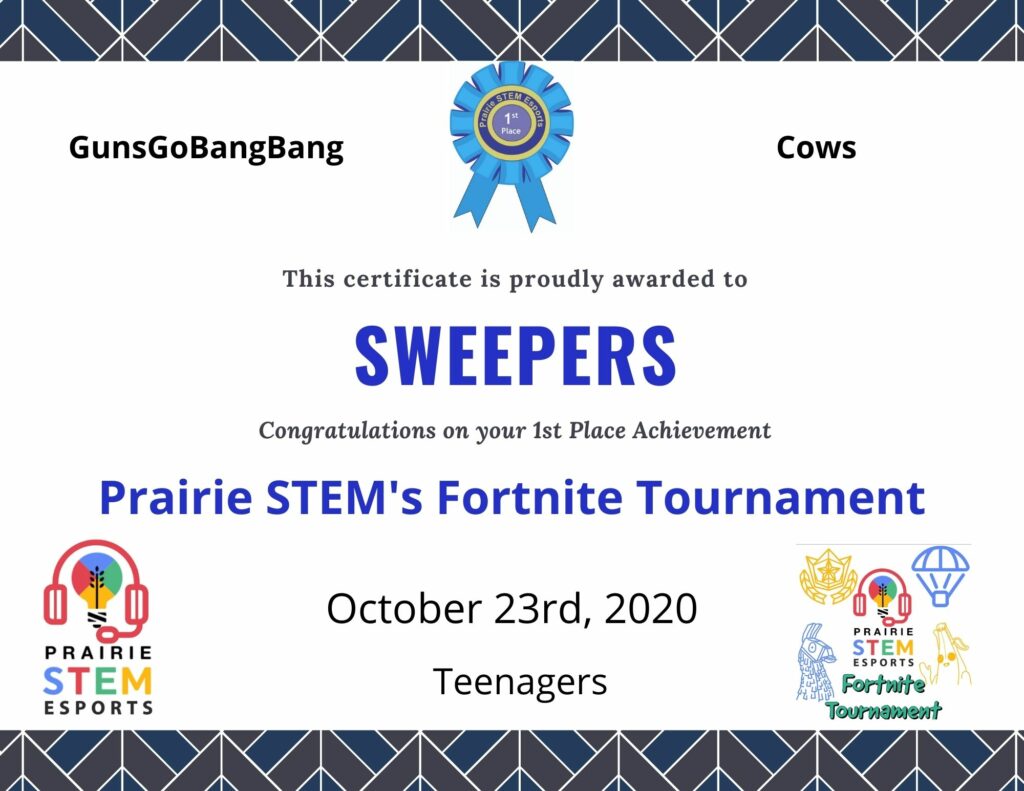 Tune in now to watch our Esports competition live can night!https://www.twitch.tv/prairiestemesports Does your student enjoy playing Fortnite? How about civic engagement? They’re in luck, playing Fortnite can make a positive impact in our community! Sign up for our Fortnite tournament today! The winners’ charity of choice will receive a donation on their behalf. Teenagers compete […]