The People Behind Prairie STEM 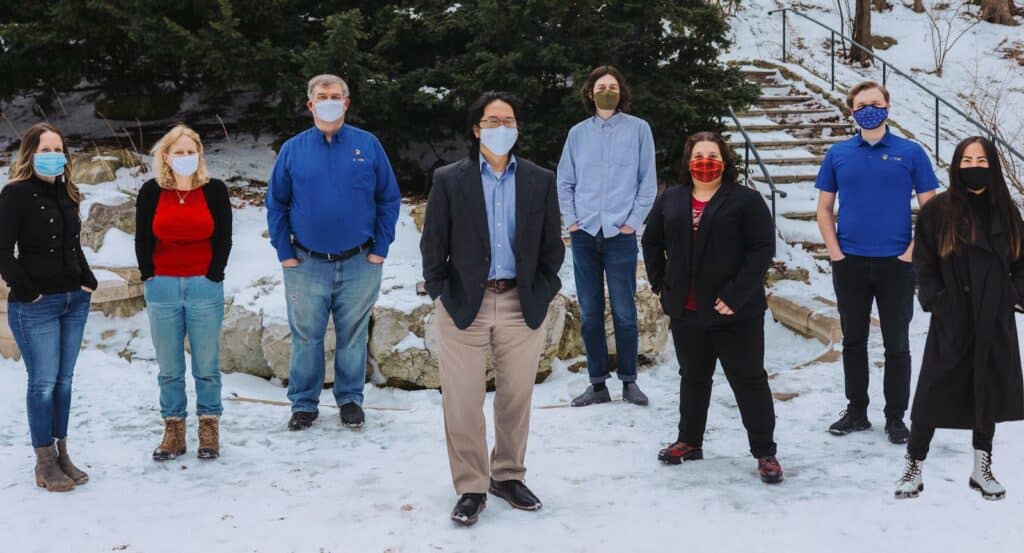 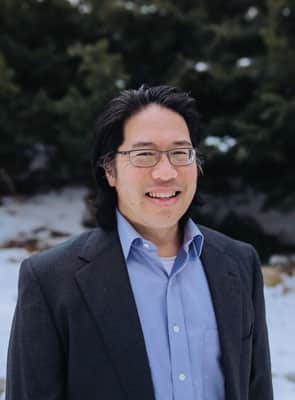 It took Alan 24 years of formal education to understand the secret about learning, but since then, something unexpected happened.  He grew up the son of immigrants and learned firsthand how education can reset the equity equation for access and opportunity in America.  From his earliest memories, he realized the path to a better future had to be centered on education through perseverance, experiences through hands-on learning, and success through failure.  However, personal accomplishments and success are worthless if one doesn’t recognize their own greatest value.  The unexpected happened when the realization of one’s value didn’t come because of education, but rather the light bulb moment came as a result of the journey itself in education.  It wasn’t the degrees or accolades he received from reaching the destination, it was the countless experiences and opportunities realized throughout the journey itself that allowed him to discover the paradigm shift of why education was so important.  Being able to share his realization – the understanding one’s value – and being able to spread the doctrine of creating lasting and impactful change has become his life’s passion to share this with future generations.  With 10+ years of post-graduate education and 20 years of biotech industry, digital marketing, and clinical experience, Alan has C-suite level leadership experience in strategic planning, B2B product development and deployment, digital marketing, and SAAS implementation and exit strategies.  His career in biotechnology and medicine have allowed him the opportunities to pursue projects based on beliefs and values to give everyone the same access and opportunities as he had growing up.  Since 2015, he has led the Prairie STEM team from its infancy in programmatic and STEM-centric goals to what it represents today as solution-providers, platform changers, and value-add networked organization among its peers and STEM Ecosystem community.  He believes in the mantra of a high tide lifts all boats and looks forward to the day when all students understand their greatest asset – themselves. 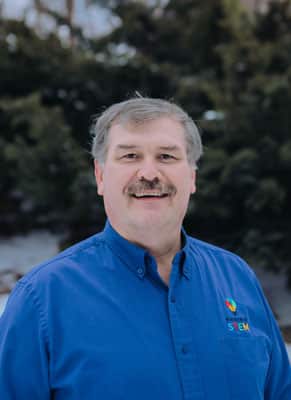 Jeff has a Bachelor’s Degree in Music Education, a Masters Degree in Technology in Education and has studied at the graduate level at UNO, UNL, Creighton University, Drake College, Lesley College, University of Northern Colorado, and Wayne State College and is ABD for and EDD degree through Lesley College.  Mr. Ingraham taught instrumental music in the Omaha Public Schools at the elementary and secondary level for six years then became the Instructional Technology Coordinator of the Bellevue Public Schools in 1991.  He was employed at Educational Service Unit #3 for 24 years, conducting music and technology trainings for the 18 school districts that ESU#3 served. He is or has been a Certified Technology Trainer for Apple, IBM, Smart, Google, Microsoft, Novell, etc. Jeff began working for Prairie STEM in 2019. Jeff is  Music Director at Immanuel Lutheran Church in Benson where he has led the music program and a staff of four since 1984. He plays bass trombone in Orchestra Omaha which he has done since the orchestra’s inception in 1999. He has been a member of Santa Lucia Italian Heritage Band for many years, and is a member of the 1st Nebraska Civil War Reenactors Band, and plays professionally throughout the area in various quintets, and other ensembles. Jeff has written and presented extensively on the topic of technology and music technology in education including monthly technology articles for the Nebraska Educational Technology Association (NETA) newsletter under the name of “The Windows Wizard”.  He has presented or Keynoted at a wide variety of Music/Education conferences including: Nebraska State Bandmasters Association conference (NSBA)Nebraska Choral Directors Association conference (NCDA)Nebraska MENC conference (now NAFME)National MENC conference in Washington DC, (now NAFME)Omaha Public Schools Technology Institute (Keynote)Westside Community Schools Technology Inservice (Keynote)Gretna Public Schools Internet Safety Institute (Keynote)21st Century Skills Fair (ESU3)Nebraska Association of School Boards Conference (NASB)International Interactive Whiteboard Summit in London, UK  (2006)Nebraska Educational Technology Association conference (NETA)Mr. Ingraham has taught graduate-level technology and music classes for over 25 years at Doane College, Peru State College,  Wayne State College, and Kearney State College (now UNK), as well as presenting and advising undergraduate and graduate students and classes at UNO, UNL, Creighton University, Drake, UNC, and Lesley. In 2006 Jeff was inducted into the Omaha Benson High School Hall of Fame, the Ingraham family was honored by Heartland Family Services in Omaha as the “Community Service Family of the Year in 2010” and in 2014 Jeff was inducted into the University of Nebraska’s Band Hall of Fame. 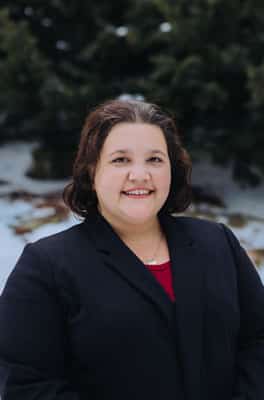 Jennifer graduated from Charles W. Flanagan High School in Pembroke Pines, Florida a few days later she embarked on her journey at Full Sail where she graduated Salutatorian and received an  Associates in Computer Animation. Shortly after Jennifer joined the U.S. Air Force as an F-16 Avionics Technician. She performed flightline maintenance on F-16 Avionics equipment and performed air-to-air missile evaluations. During her career in the Air Force Jennifer cross-trained to become a Sensor Operator for the MQ-9. She conducted reconnaissance and surveillance missions utilizing a variety of acquisition and tracking systems, provided terminal weapons guidance, and performed co-pilot duties. Upon retirement, Jennifer attended the University of Nebraska at Omaha where she graduated Magna Cum Laude with a Bachelor’s in Emergency Management concentrating on Natural Disasters and Unmanned Aircraft Systems with minors in Aviation Administration, Geography and Supply Chain Management. Jennifer spends her free time with her 2 daughters and volunteering with Girl Scouts. 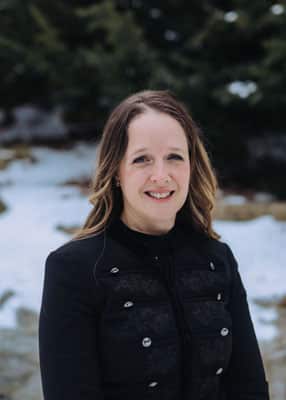 Elisabeth Edwards graduated from Kansas State University with her Bachelors in Elementary Education and her Masters in Curriculum and Design with an ESL Endorsement. She taught for 10 years as both a first grade teacher and a reading specialist in Kansas City Public Schools and Lake Worth Texas Public School System. Elisabeth has been married to her husband Ross for 11 years and has two incredible children, Elias and Mae. She relocated to Omaha in 2011 where she stayed home until both kids were in grade school. Elisabeth loved the challenge of working in the school system integrating new forms of technology with all age groups and promoting the soft skills that are so important in the futures of all our kids. Prairie STEM is lucky to have Elisabeth in our family! 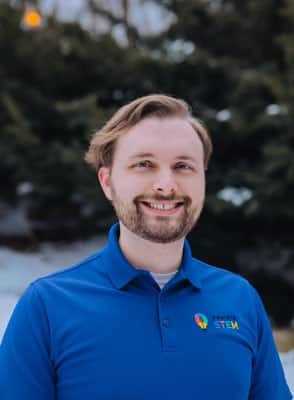 Michael Rasmussen has been with PrairieSTEM since it’s inception. That has allowed him to have taken on many roles during that time, be that robotics technician, instructor, volunteer coordinator, and much more. Most of all though, it’s allowed him to understand the desperate need in our communities to catch those students who have fallen through the gaps or have been wholly left behind due to socio-economic conditions and systemtic injustice. Michael’s goal at PrairieSTEM is to help students to flourish creatively and intellectually to the best of their ability so as to take one step closer to building a better future for our world in a time when it’s needed most. 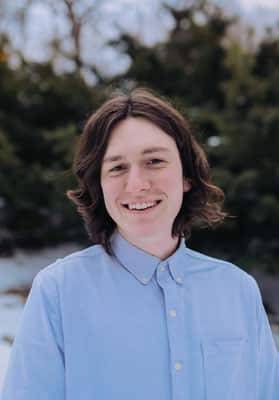 Nick Clark is an artist and instructor living in Omaha, NE, where he received his Bachelors of Fine Arts in 2017. He has exhibited paintings nationally, operated a mural and portrait business, mentored high school students, and worked for Bemis Center of Contemporary Arts, Joslyn Art Museum, Kent Bellows Studio, League of Human Dignity, and as a CAD technician. His most recent solo exhibition was Two Trick Pony at ProjectProject in 2020. Outside of his painting studio, Clark looks forward to creating STEAM kits, designing art lessons, and elevating early art education with hands-on activities at PrairieSTEM. 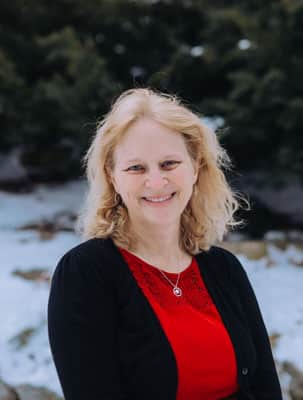 Director of Career and Technical Education

Pam Ingraham worked as an elementary school secretary in Omaha Public Schools for 12 years, initiated and taught a new Title I Math program at Westbrook Elementary School with 58 students for 2 years, was a Human Resources recruiting administrative assistant at Children’s Hospital & Medical Center for 9 years. When her job at Children’s was outsourced, Pam enrolled in the new Prototype Design Technology program at Metro Community College, studying robotics, 3D design, laser cutting, creative design. She graduated from the program in May of 2019 with an associate degree and began working in the Prototype Design lab as a lab tech. Pam began working for Prairie Stem teaching math and robots at Spring Lake Magnet Center and several locations for Girls In Steam. We are lucky to have Pam as part of our Prairie STEM family. 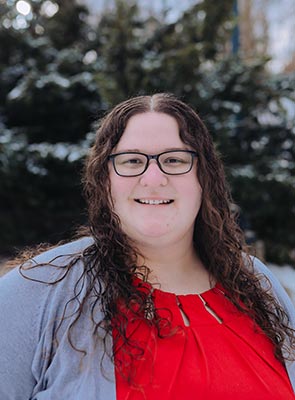 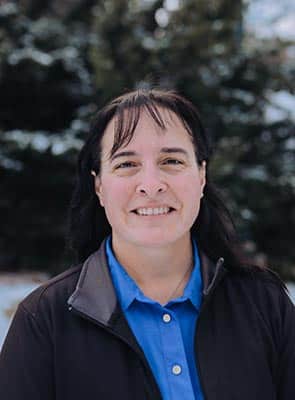 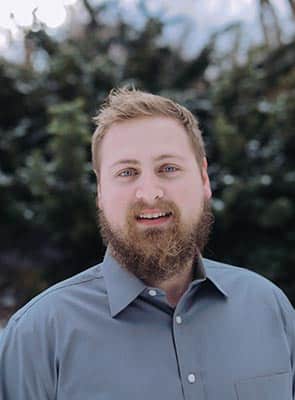 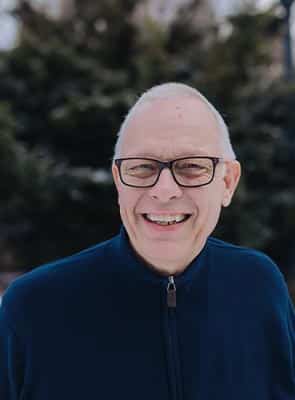