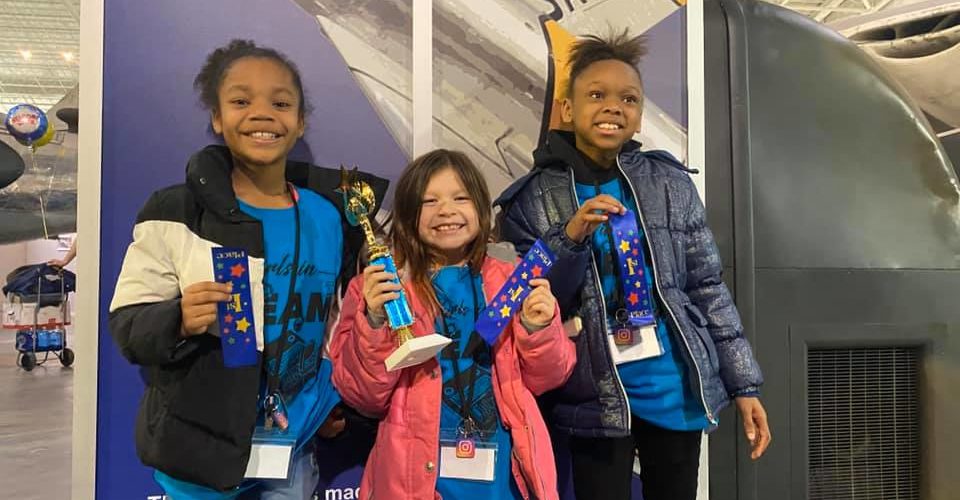 Prairie STEM offered a 10-week Girls in STEAM program to six Omaha area schools as an after school activity, beginning in December 2019 and ending in February 2020. Among the different STEAM activities taught, the girls learned robotics. They practiced maneuvering robots around a course, up and down ramps, and driving their robots around a Pac Man course in search of musical instruments. Each week the students worked on building grippers, arms, catchers, and scoopers to gather the most balls in another robotics course. At the end of the 10-week program, these girls competed in the Nebraska Robotics Expo at the Strategic Air Command and Aerospace Museum. They did very well, some taking home trophies.

Our Girls in STEAM team from OutrSpaces, Team in the Middle School level. Another OutrSpaces team, Robotic Unicorns, was awarded 1st Place for the Autonomous (Programming) course at the elementary level.

Congratulations to all you ladies, you did an amazing job!