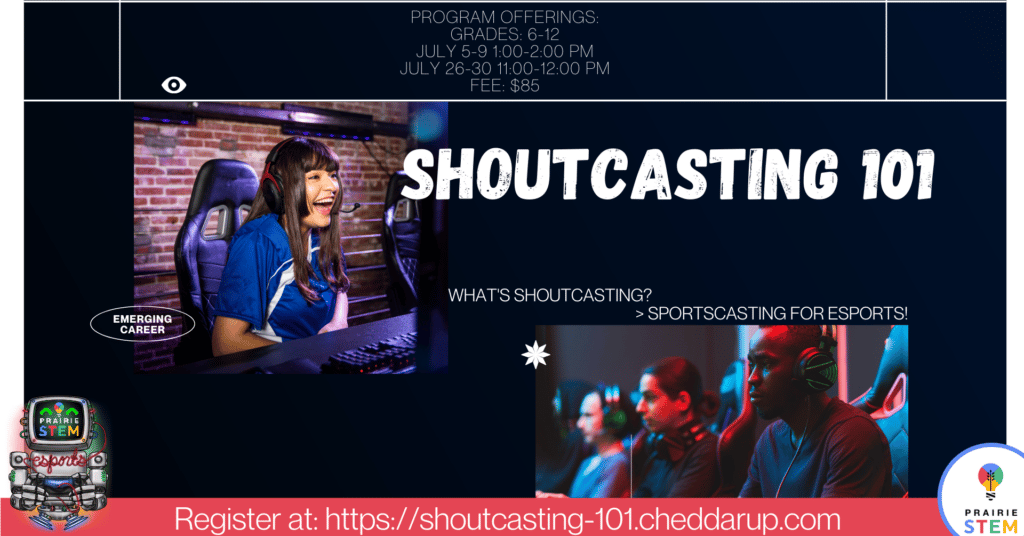 Congratulations to Double Smash, 1st Place Winners of the Prairie STEM Smash Bros Esports Tournament 12 and Under on 9-26-2020.

It was a very exciting evening when four teams of local middle school students competed for the top three places and cash prizes in Prairie STEM’s Middle School Fortnite Esports Tournament on Thursday, August 6th, 2020. These students used and developed many soft skills during this event, such as leadership, teamwork, communication, strategizing, work ethic, […]

On July 10, 2020, Prairie Stem held their first Esports summer competition for high school. Six teams were competing in Rocket League for first, second, and third place cash prizes. They all did an awesome job! See the pictures below, that were captured during the event. The students competed in groups of three. One team […]